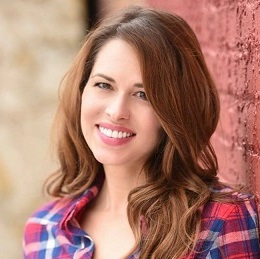 Jaime has worked professionally as an actor, director, producer,and educator for the past 20 years in
Pittsburgh and New York City. Most recently, Jaime has taught acting for film & television, scene study, and audition technique at Donna Belajac Casting.
She is a proud member of SAG-AFTRA, Actors’ Equity Association and The American Alliance for Theater & Education. As a teaching artist, Jaime has worked locally with many prominent local studios, schools, and theaters such as: North Side Urban Pathways Charter School, Gemini Children’s Theater, and Little Lake Theater as well as serving as the Education Director for Prime Stage Theater, Pittsburgh’s dedicated theater for youth and families.
Ms. Slavinsky is Founder & Artistic Director of Organic Theater Pittsburgh which debuted to critical
acclaim and was honored with “Best Debut of a New Company” by the Pittsburgh Post-Gazette. A
graduate of The Conservatory of Performing Arts at Point Park University, Jaime went on to train with
The Atlantic Theater Company in NYC under the tutelage of Neil Pepe, RobertBella, Karen Kohlhaas,
Anya Saffir, and alongside her scene partner, the Emmy Award-winning, Anna Chlumsky. Regional
theater credits include: Lance Cpl. Jamie Hernandez in the world premiere of Tammy Ryan’s Soldier’s
Heart at the Playhouse REP, Eunice Hubbell in A Streetcar Named Desire with Barebones Productions,
Emily Roebling in The Man in the Window at The Payan Theater in NYC, Zuska in Out of this Furnace with
Unseam’d Shakespeare, Sylphe, the Armless Wonder, in Phase 3 Production’s Swamp Baby(Supporting
Actress of the Year Nomination – OutOnline), Joyce Carol Oates in Recent Tragic Events with Dogs in the
Night (Post-Gazette Readers’ Favorite Actress of the Year), and Jean in Organic’s debut production of
Dead Man’s Cell Phone for which the Post-Gazette named her as one of the top 10 actresses in
Pittsburgh.
Film credits include The Umbrella Man, Lightweight, Progression, and The Other Side of the
River for PBS. Jaime also appears locally in commercials and on the radio in spots for such companies as Comcast, Giant Eagle, The Cleveland Clinic and Highmark.
×
×
×
×