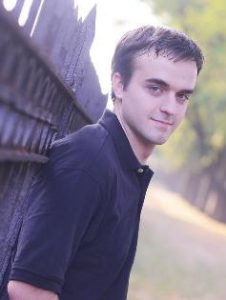 Scott  Metzger’s vocal training has led him to hundreds of solo, a capella ensemble, and choral performances throughout twenty-five of the United States, Canada and Europe.

Mr. Metzger is also a trained dancer, having studied under such teachers as Svetlana Novodran, the former principal ballerina at the Odessa State Opera Ballet and the National Opera Ballet of Poland. He danced with La Roche College and served as president, instructor and choreographer of the Swing Dance organization at Geneva College, where he earned his  bachelor degree in Communication.

He has performed as an actor on stages in Pittsburgh and beyond. Favorite roles in John Proctor in The Crucible, Sergius Saranoff in Arms and the Man, Gomez Addams in The Addams Family and the Foreman in Twelve Angry Jurors.

Mr. Metzger is employed full-time and is an adjunct professor at Duquesne University.