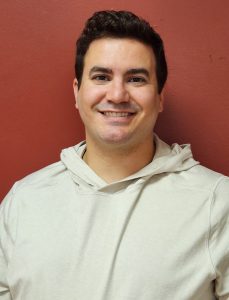 Josh is excited to be performing in his fourth show with Paragon Studios, where he studies both voice and acting. He was last seen on the Paragon stage in CLUE as well as Professor Bhaer in LITTLE WOMEN. Other favorite roles include: Mal Beineke in THE ADDAMS FAMILY MUSICAL and Mr. Greenway in ELF, THE MUSICAL. Josh has also studied improv at Steel City Improv Theater and enjoys hiking, kayaking and meeting dogs.