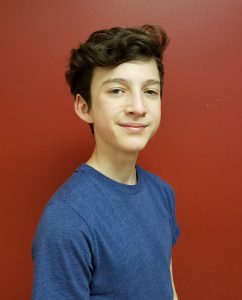 Brady Lawrence (Oliver) Brady attends North Hills Middle School where he is in seventh grade. He was recently seen in their production of ALADDIN as Iago. Brady was most notably seen on the Paragon stage as Theo in PIPPIN and Mr. Mayor in SEUSSICAL. Other favorite shows include BARNUM and AIDA. Brady is also a member of the North Hills Aquatics swim team. He studies Acting, Musical Theatre and Voice.